"Get used to it because I’m going to live to be 100 and I am going to show my thighs every day till I die."- Lena Dunham

Body image is still such an issue in our society today. It is unfortunate that many of our visual goals are held my images of celebrities in the media. The promotion of an idealistic 'size' is easily attainable according to on-line and print publications- And the majority of us know that's not true. And as evident in my list below it's women who feel burdened by this pressure to explain themselves and how they look- Nonetheless the following women have taken to their celebrity status and embraced their figures. Their incredibly positive mindset inevitably makes us feel better about ourselves. Check out some of the best body image quotes from these fabulous ladies!

"For the record, I'm a size 8 - this week, anyway. Many stylists hate that size because I think to them, it shows that I lack the discipline to be an ascetic; or the sassy, confidence to be a total fatty hedonist. They’re like ‘Pick a lane."- Mindy Kaling

"I think no matter what you look like, the key is to first of all be happy with yourself. And then you know if you want to try to improve things that you don't like about yourself, then do it after you appreciate yourself."- Adele

"It completely sickens me what our culture is doing to women. Last week I wore a big top and little shorts and a bunch of stuff came out saying I was without pants. 'The No-Pants Look,' it said. And I didn't go out without pants, I had shorts on... If Olivia Wilde had gone to a party with a big silky top and little shorts she might have been told her outfit was cute... What it was really: 'Why did you show us your thighs'?"- Lena Dunham 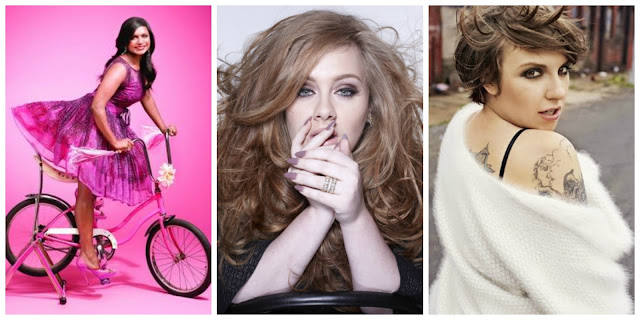 "I've been criticized for being on both sides of the scale. It's noise I block out automatically. I love my body. My boyfriend loves my body. My son is healthy and happy, so that's all that matters to me."- Christina Aguilera

"I might have a little bit of cellulite. I might not be toned everywhere. I might struggle in this area or that. But accepting that just empowers me. I feel proud if young girls look up to me and say, 'I'm curvy, and I'm proud of it now.'"- Kim Kardashian

"I was in love with a boy and he told me, "You'd be real hot if you were 10 pounds lighter."'  'It was heartbreaking. I should've known how cute I was, and been a lot happier."- Meghan Trainor 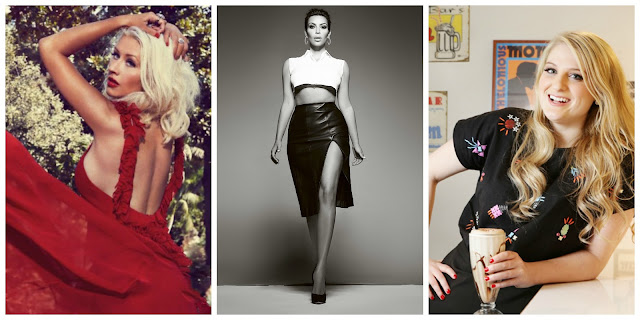 "You see other actresses who are like, 'Oh, I can't really eat much lunch today because I've got that scene in my underwear'… I'm a little bit chill. But you know, what you do need is stamina. I don't ever want to be too unhealthy because writing in a show, starring and producing, you need a lot of energy."- Rebel Wilson

"I’ve never felt like I needed to change… I’ve always thought, “If you want somebody different, pick somebody else.” But sure, criticism can sometimes still get to me. Some things are so malicious, they knock the wind out of you.- Melissa McCarthy 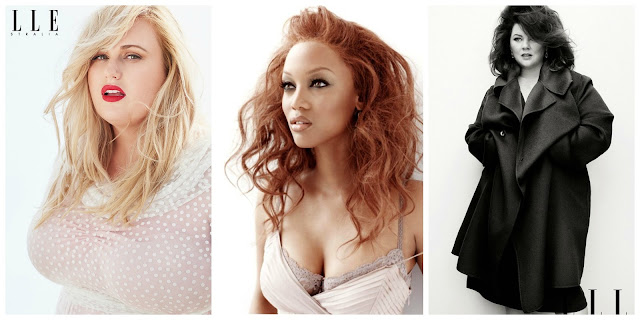