Miss.USA 2015 Winner in Light of Controversy

"We really need to work on being an accepting society and being a society where every single person, no matter your race, no matter your gender, is given the same rights and privileges and opportunities."- Olivia Jordan 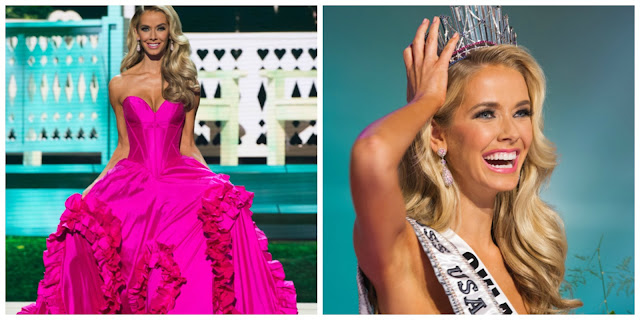 It's a shame that the Miss.USA pageant was doused in controversy this year due to Donald Trump's insensitive and uneducated remarks about Mexicans. The pageant which has been operating annually since 1952, has always been a platform for young women to elevate themselves into a career with the hard earned skills they already possess. The pageant and all levels of pageantry in general have been faced with the constant criticism over the years of feminist rights and the supposed 'degradation' of women parading around in their swimsuits. However, the women who compete are more than that. This year alone there were lawyers, nurses, black belts, pilots and entrepreneurs- much more than a bikini eh? With such high career statuses and goals, it was a shame that NBC dropped the telecast after Donald Trump's comments. Slowly celebrity performers, hosts and sponsors dropped out from the show scared to be affiliated with such racist remarks. A light came and quickly went in the form of host Jeannie Mai who mentioned she would stay on to host for the inspirational women competing. Days later she caved to the negative criticism on social media and stepped down. It seemed as if the pageant was dwindling but alas Paula Shugart and the rest of the Miss.Universe Organisation stepped up, secured Reelz as a host and gave the girls the second best experience they could possibly give.

Of course, being dropped from NBC was the worst thing possible. Many of the contestants stated that their interest in becoming Miss.USA stemmed from watching the pageant as little girls and telling their mothers they wanted to be exactly like them. My short lived career competing at Miss.Universe Great Britain was inspired by watching Miss.Universe since the age of 12. And I have to say that rallying against pageants is one thing but competing is another. My favourite part was talking to the judges at interviews and telling them about my achievements thus far and my least favourite part was crying in the loo just before my swimsuit portion after being over-whelmed by my competition. But nonetheless it built character and taught you a lot about being around women who wanted you to succeed. 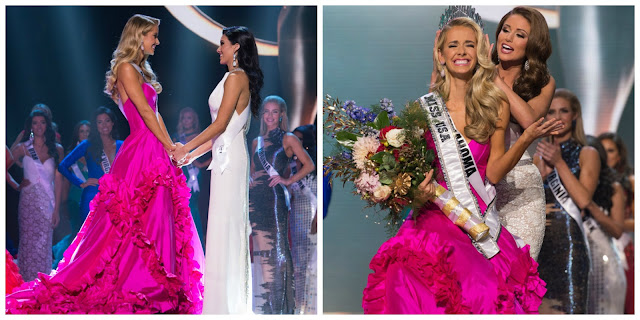 Now that this last minute kerfuffle I can say congratulations to Olivia Jordan for winning this year. Whilst she may not have been my first choice (I was mesmerized by Texas) she has such a stand-out beauty and will obviously place at Universe. She's also an incredible women so there'll be someone in 15 years time competing at Miss.USA inspired by her.