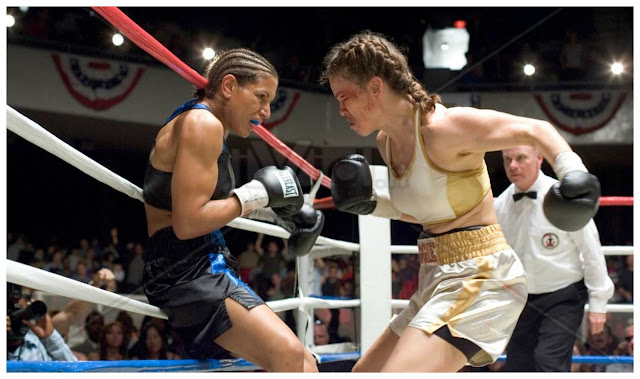 In all honesty, when I see two beefed up, ridiculously attractive men sparring it out with their heavy handed punches on-screen, I zone out. But when women fight it out, there's a certain sense of dominance which is so bad-ass, it has me on the edge of my seat. And no, this isn't about the pleasures associated with two women in bikinis wrestling in a mud-pit! There is more to this than that kind of sexism. Historically, of course men have dominated the body combat sector of Hollywood, yet the influx of women asserting their physical authority on-screen began rising in the 60's and 70's. Nowadays, it seems as if an actress hasn't fully lived in all her talented glory, if she hasn't engaged in a fight scene (and not used a body double!). Everyone from Angelina Jolie to Michelle Rodriguez have raked in monumental success at the box-office with their power and surpassed the independent expectation of women in film and television. Even Bollywood over the years isn't scared of throwing their actresses into the physical arena- an industry which was once (and still sort of is) threateningly dominated by male ego.


Below, I look at some of my favorite female fight-scenes (and by no means is this it!)


WHAT IS YOUR ALL-TIME FAVOURITE FEMALE FIGHT SCENE?